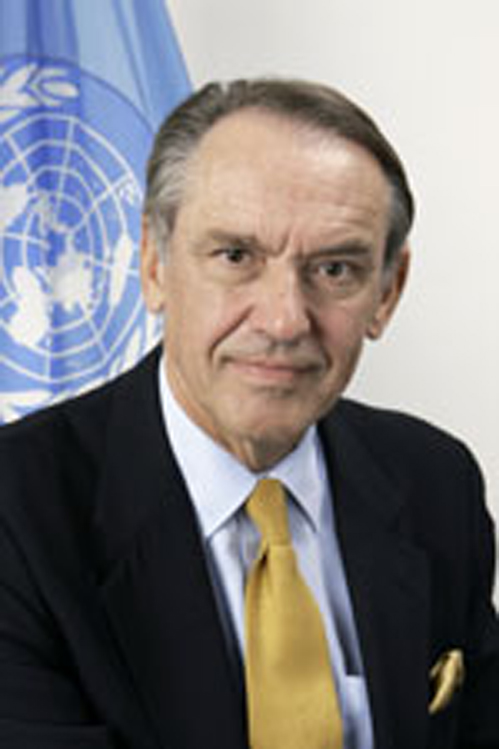 New York, Jan. 6, 2005—Ambassador Jan Eliasson, president of the United Nations General Assembly will meet with ACF leaders and speak at Park East Synagogue Shabbat Services on January 21, 2006. His address is the harbinger of the UN’s first annual International Day of Commemoration in memory of the victims of the Holocaust, which will be observed on January 27 at the UN’s General Assembly.

Appeal President and Park East Senior Rabbi Arthur Schneier, who is Vienna-born and survived the Holocaust in Budapest, Hungary, said “At a time when the president of Iran leads the pack of Holocaust deniers, describing the Holocaust as a myth created by Europeans, it is of utmost significance that the UN has institutionalized among the diverse and often discordant international community the memory of the attempted Final Solution perpetrated against the Jews.”

Mr. Eliasson was elected President of the sixtieth session of the United Nations General Assembly on June 13, 2005. At the time, he was Sweden’s Ambassador to the United States, a post he held from September 2000 until July 2005. A veteran in the fields of diplomacy and foreign relations, Mr. Eliasson has held many leading positions, including serving as Sweden’s State Secretary for Foreign Affairs, Ambassador to the United Nations, the Secretary-General’s Personal Representative on Iran/Iraq and he first United Nations Under-Secretary-General for Humanitarian Affairs.

The Appeal of Conscience Foundation, of which Rabbi Arthur Schneier is President, will participate, along with other organizations, in the International Day of Commemoration at the UN General Assembly on Jan 27. This will be the UN’s first official Holocaust Commemoration Day.

Services on January 21 will begin at 8:45 am. Ambassador Eliasson will address the congregation at 11:00 am. Members of Park East Synagogue who are Holocaust survivors and family of survivors will participate as well.