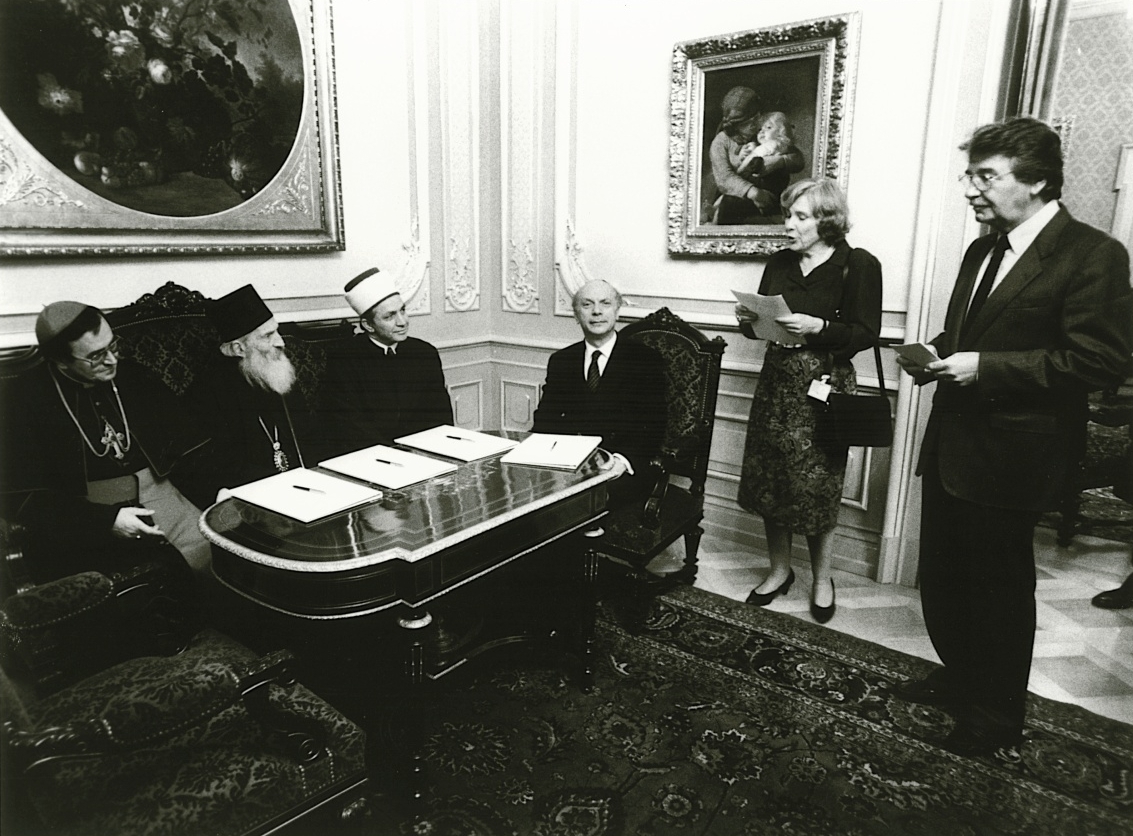 At the start of the conflict in former Yugoslavia and Kosovo, ACF appealed to the government and religious leaders to halt the bloodshed. In 1992, ACF brought together Patriarch Pavle of Serbia, Archbishop Vinko Puljic of Bosnia and Rais Ulema Jakub Selimoski of Bosnia for their first meeting in Berne, Switzerland to halt further violence in Bosnia-Herzegovina and adopted the Berne Declaration, which stated that, a “Crime perpetrated in the name of religion is the greatest crime against religion,” calling for an end to the conflict.