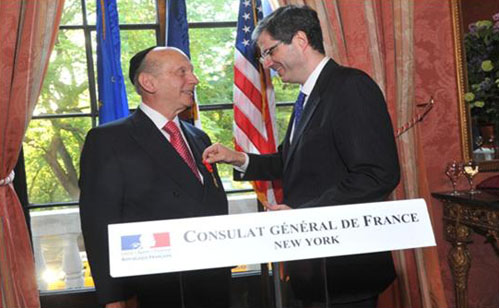 Rabbi Arthur Schneier was presented with the prestigious award which is given rarely to foreigners, the Officer’s rank of the Order of the Legion of Honor by France’s Ambassador to the United States, François Delattre, in recognition of Rabbi Arthur Schneier’s “tireless efforts to promote and support religious freedom, human rights and interfaith tolerance all over the world”.