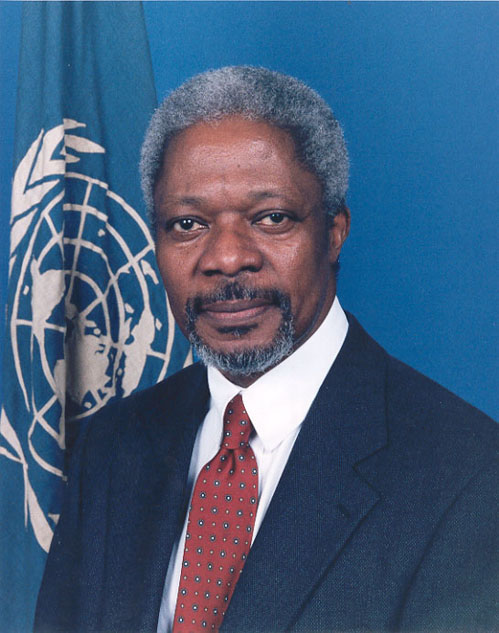 Rabbi Arthur Schneier, known throughout the world for his leadership on behalf of religious freedom, human rights and tolerance has been appointed by Secretary-General of the United Nations Kofi Annan to a new initiative, the High Level Group for an Alliance of Civilizations.

Outlining the initiative, Secretary-General Annan said that, “Events of recent years have brought troubling manifestations of prejudice, misconceptions and polarization between societies. Indeed, there are now widespread concerns about the threat that such divisions pose to international stability and peaceful relations between states. Of particular concern are mounting tensions between Islamic and Western societies. The Alliance aims to bridge these divisions “by encouraging open and constructive engagement, by presenting a practical programme of action to Member States and by promoting effective responses to emerging threats to world peace.”

This important appointment underlines a long and productive association between Rabbi Schneier and the United Nations and other major international organizations. In 2001, through the Appeal of Conscience Foundation, he initiated the interfaith appeal to the United Nations for the worldwide protection of holy sites, which was unanimously adopted by the U.N. General Assembly in May 2001 as the Resolution for the “Protection of Religious Sites.” In 2003, the Foundation co-sponsored with UNESCO and the President of Macedonia the Dialogue Among Civilizations Forum that brought together 9 heads of state from Eastern Europe in Ohrid, Yugoslavia. He was a U.S. Alternate Representative to the 43rd Session of the UN General Assembly. Rabbi Schneier was also a member of the U.S. delegation to the Stockholm International Forum for the Prevention of Genocide, Sweden in 2004.

Rabbi Schneier has been widely recognized for his life-long devotion to the cause of human rights and religious freedom and for his work in favor of mutual understanding, tolerance and peace in the resolution of ethnic conflict throughout the world. Former President Bill Clinton, who awarded him the Presidential Citizens Medal in 2001, perhaps best describes this, citing him for having served “as an international envoy of four administrations, including my own. A Holocaust survivor, Rabbi Arthur Schneier has devoted a lifetime to overcoming forces of hatred and intolerance and set an inspiring example of spiritual leadership by encouraging interfaith dialogue and intercultural understanding and promoting the cause of religious freedom around the world.”

Rabbi Schneier is founder and president of the Appeal of Conscience Foundation (1965) and spiritual leader of Park East Synagogue, a historic landmark in New York City (1962.) Born in Vienna, Austria, March 20, 1930, Rabbi Schneier lived under Nazi occupation in Budapest during World War II and arrived in the United States in 1947. He is married to Elisabeth Nordmann Schneier.